BMW has chosen to partner up with Kingston Custom for the second bike in its Soulfuel series. (Ben Ott/BMW Motorrad/)

BMW?s R 18 cruiser has inspired a wild variety of customs in its short life, and it seems like it?s not done yet. The latest eye-opening effort in the brand?s Soulfuel series?a collaboration between BMW Motorrad and selected customizers?is Dirk Oehlerking?s Spirit of Passion, an art deco-flavored amalgam of sumptuous bodywork and inspired details using a mostly stock R 18 as the framework. (The previous R 18 build in the Soulfuel group came from Blechmann.) It?s yet another twist from the previous customs we?ve seen on this platform; a world away from Roland Sands? down-and-dirty Dragster, or the airy, titanium-framed Birdcage bike from Revival, or even the jaw-dropping Departed build from Custom Works Zon. 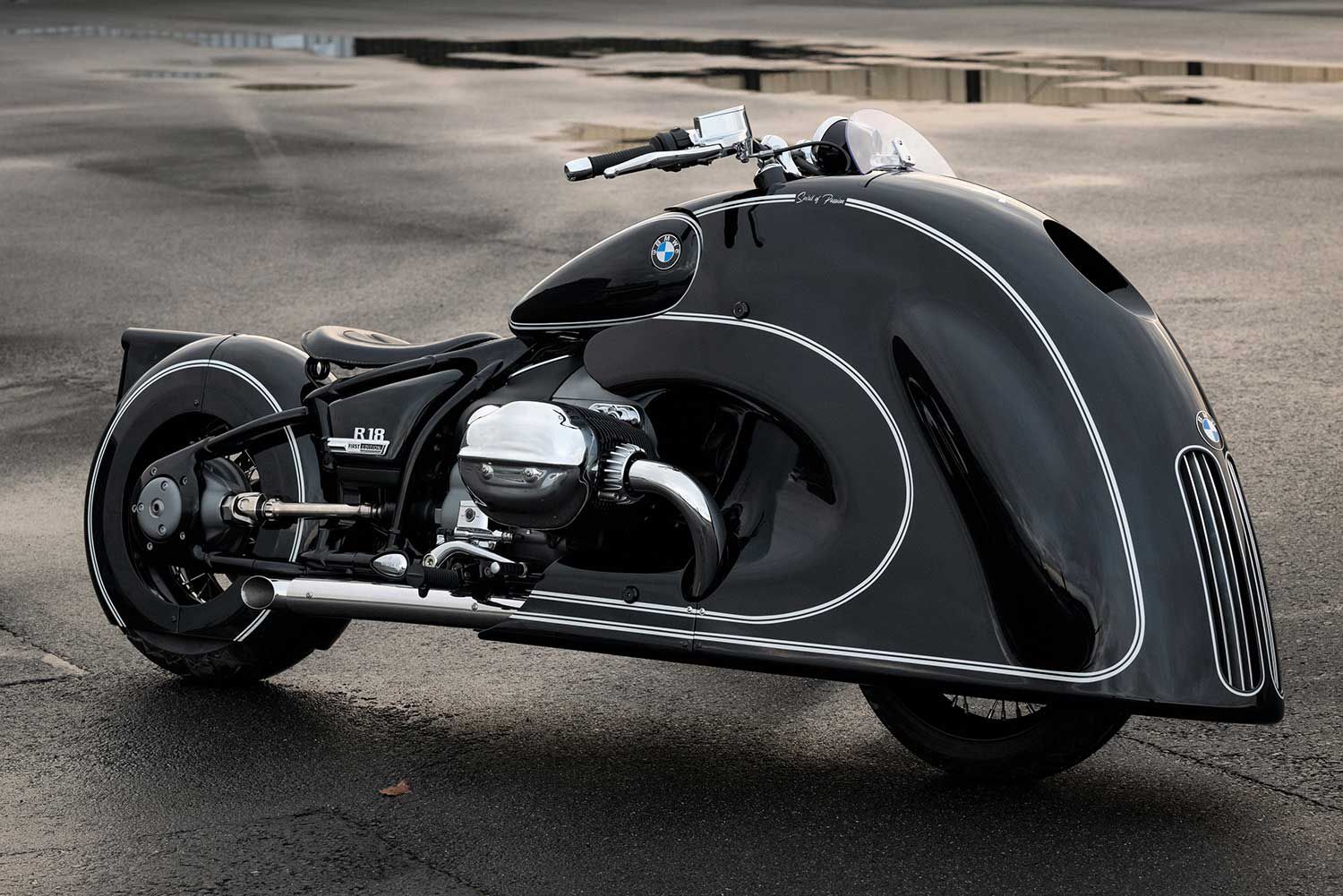 Oehlerking?s creative outlet is called Kingston Custom, and he?s not exactly unfamiliar with BMW?s product line; the dude has built more than a dozen custom machines wearing the blue-and-white roundel over the years, including the singular Black Phantom and its sibling machine, the R80RT-based White Phantom. 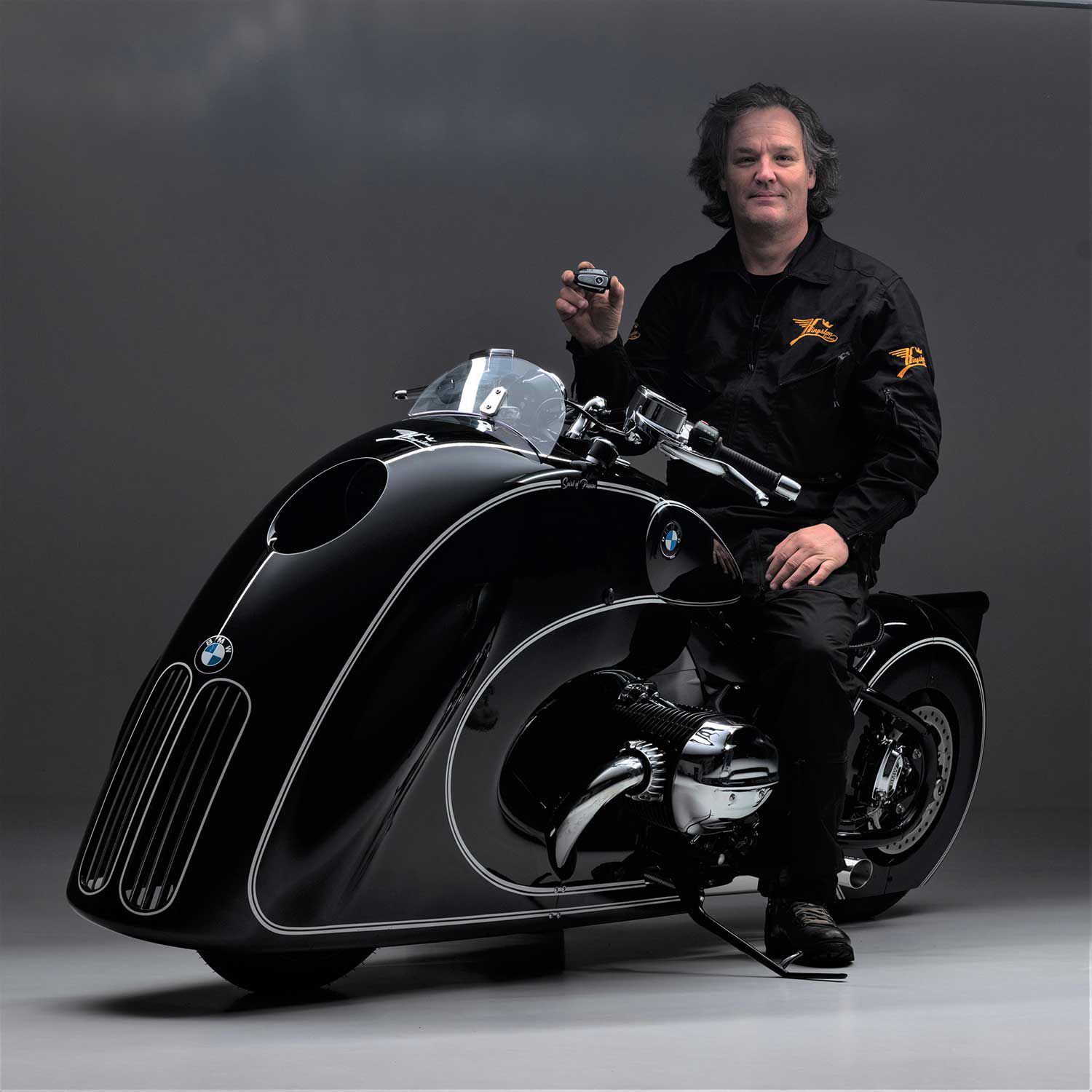 You can see some of the same 1930s influences in Spirit of Passion too, though the draw here is the curvaceous fairing, with Oehlerking handling the flowing bodywork, fenders, and handlebars himself. The R 18?s stock exhaust was modified to flow better with the roadster style, but most of the stuff under the bodywork was left pretty much stock, like the brakes, drivetrain, and suspension; even the fuel tank stayed OG. BMW says it?s all a tribute to the R 18?s ?conversion-friendly architecture,? but you gotta admit the craftsmanship of the bodywork alone is from another planet. 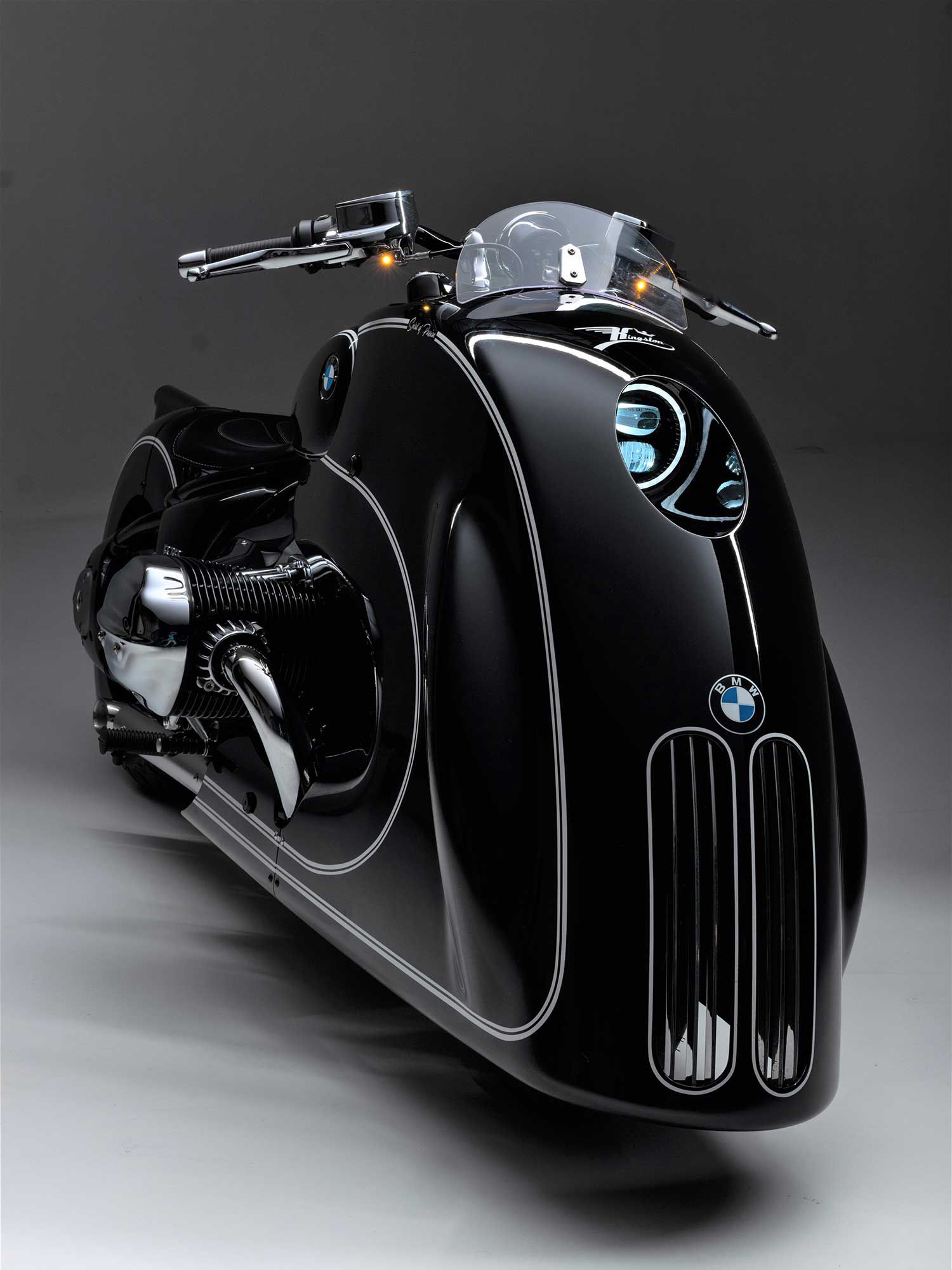 The overall classic art deco theme is unmistakable, but Oehlerking was careful to reference the stock R 18 where possible, adopting and adapting the original paint and pinstripes, and extending them to the new parts to create a homogenous whole. You can see the detail in the fairing?s paintwork and as far back as the fin and precisely fitting full wheel cover at the rear end, which also continues the double pinstriping. 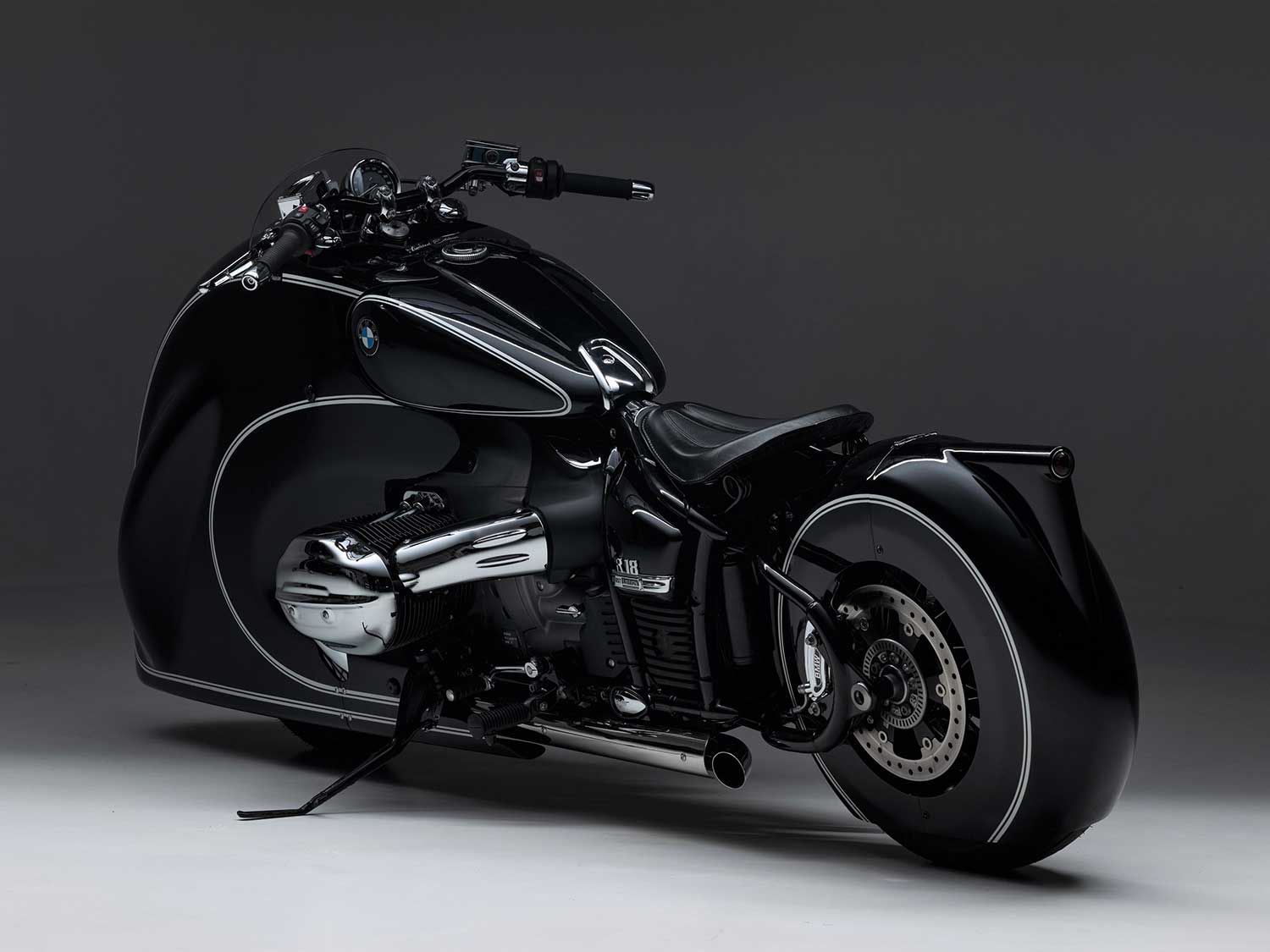 Oehlerking was careful to match the stock R 18?s paint and pinstriping with the new bodywork, from the massive fairing back to the rear wheel cover (which is hinged to allow wheel access). (Ben Ott/BMW Motorrad/)

The front grille detail in the fairing is modeled on the radiator grille of a 1930s BMW roadster, but even though it looks period-correct, the solo saddle came right out of BMW?s range of universal accessories. No need to go full exotic, right? An inset LED headlight and updated Kellermann indicators give the bike a modern touch and improve on-road safety to boot (yup, she?s roadworthy). 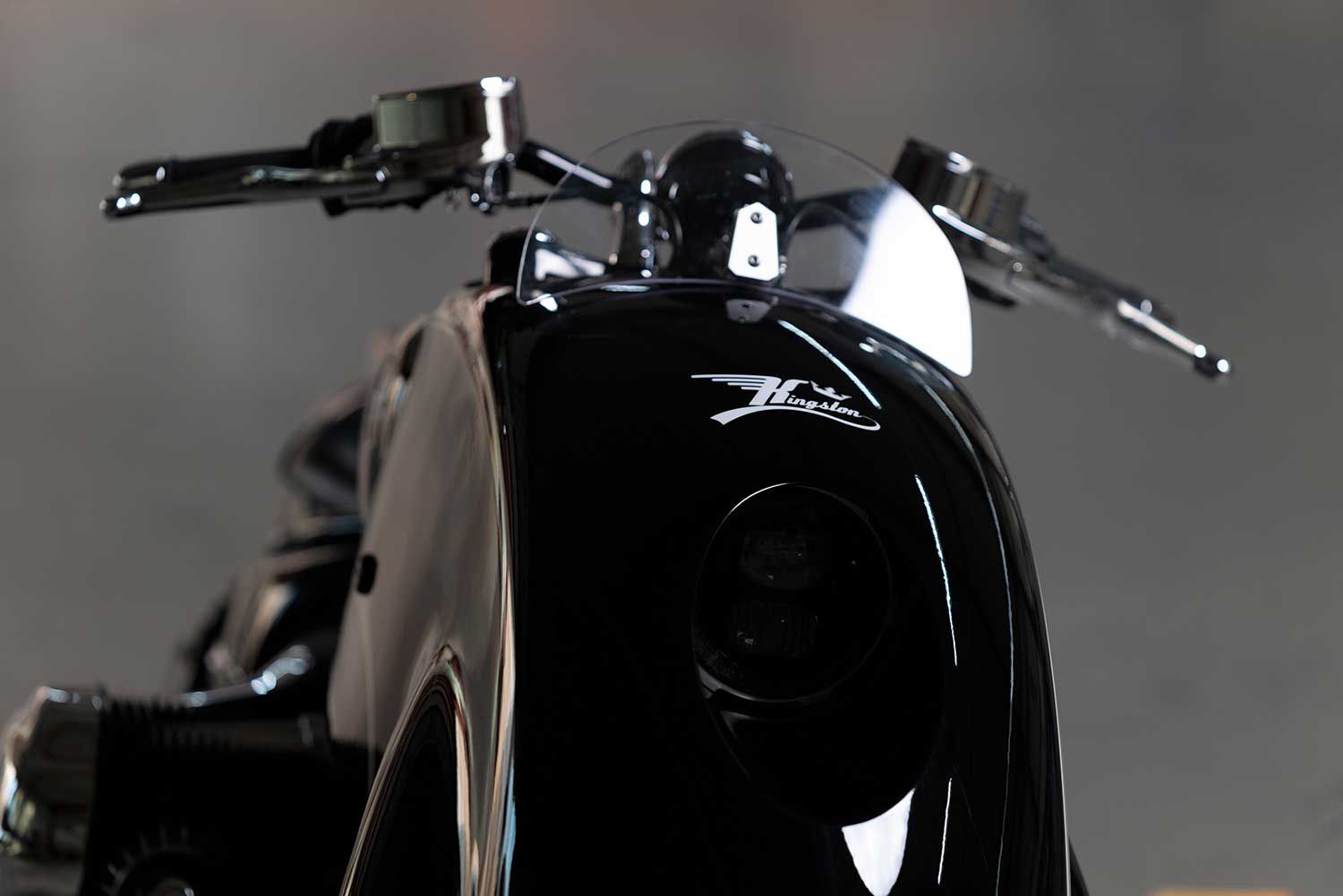 Sure, it?s polarizing; the Spirit of Passion?s style is definitely not everybody?s cup of tea, but there?s no denying that Oehlerking?s eye for singular design and meticulous approach to craftsmanship are something to appreciate. 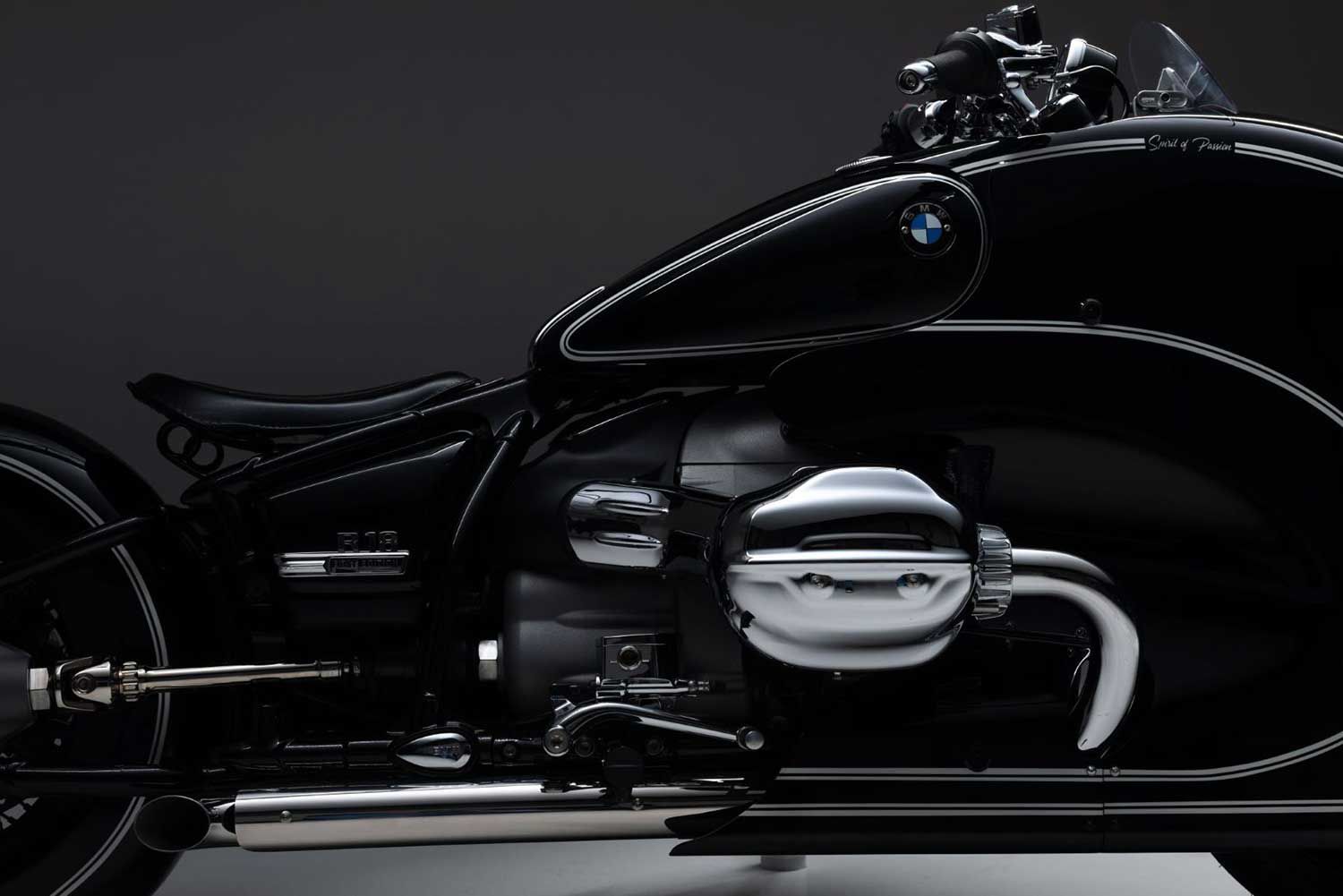 Well-placed cutouts ensure parts of the stock drivetrain and engine are visible. Solo seat is from the BMW accessory collection. (Ben Ott/BMW Motorrad/) 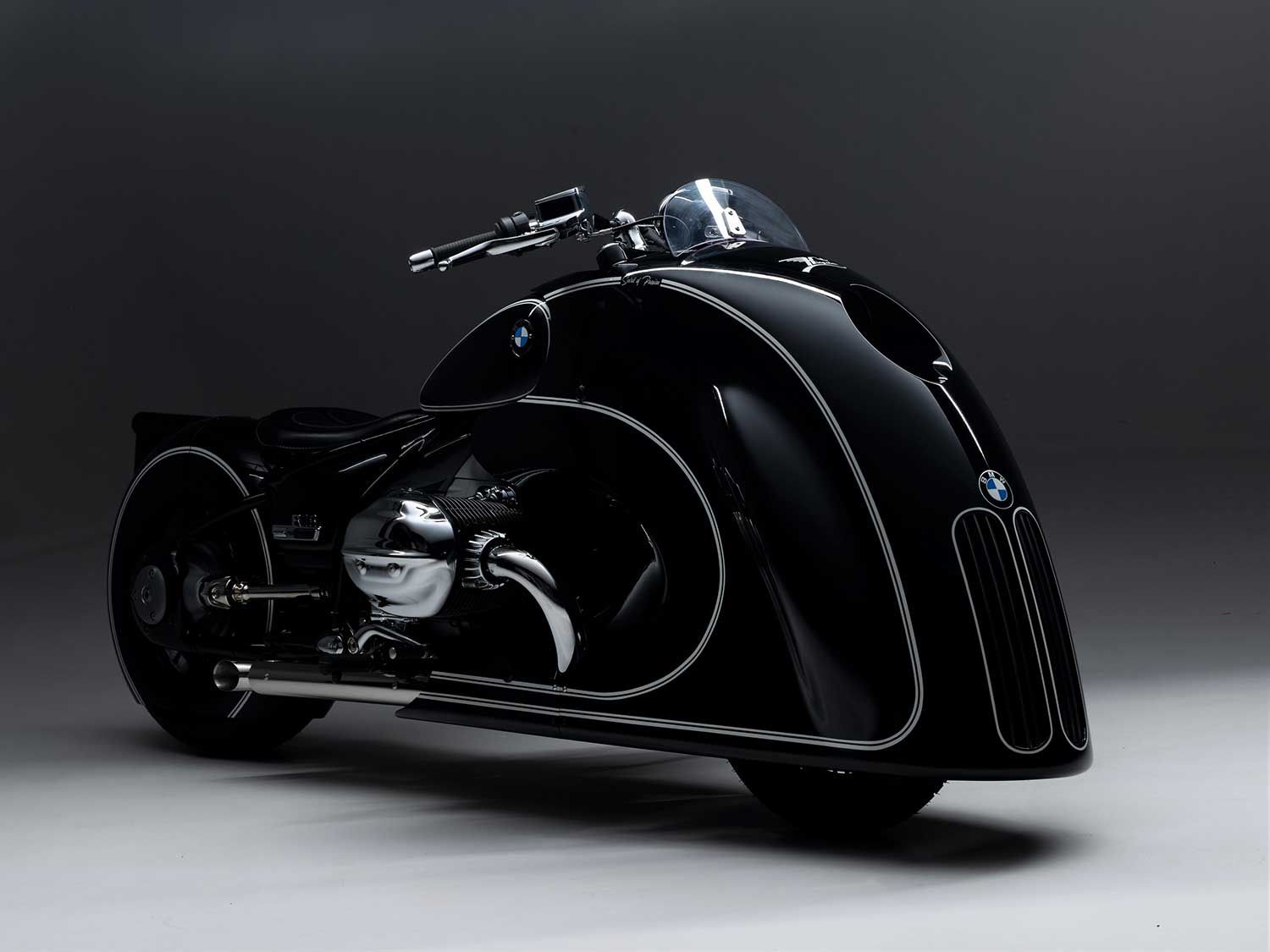 From this angle you can see the Streamline Moderne design influence; stock pipe was modified to fit the aesthetic. (Ben Ott/BMW Motorrad/) 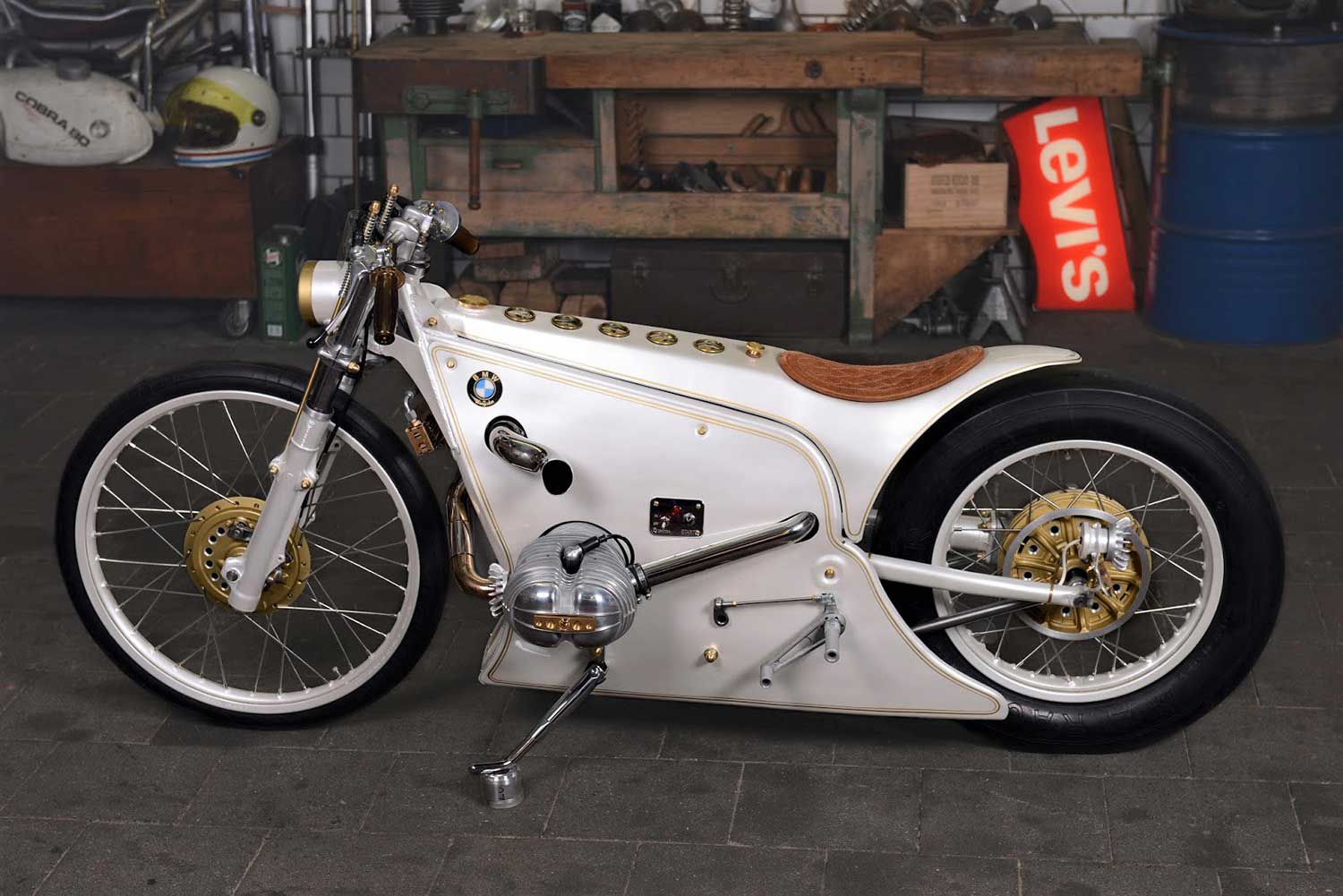 One of Oehlerking?s earlier BMW builds, the White Phantom. Can you pick out an R80RT under there? (Kingston Custom/)


Warning: Use of undefined constant page - assumed 'page' (this will throw an Error in a future version of PHP) in /home/customer/www/thamesvalleyhog.org.uk/public_html/wp-content/themes/harley/single.php on line 39